Recreational Use of Marijuana is Decriminalized 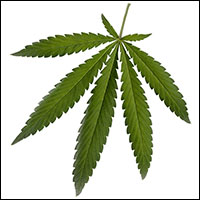 Connecticut has decriminalized marijuana. In general, decriminalization means no prison time or criminal record for first-time possession of a small amount for personal use. This conduct is treated like a minor traffic violation.” - Source Info at NORML

Rules are the same as for dry plant material.

Having paraphernalia to use for ingesting for smoking results in a civil penalty for less than one-haft ounces and a misdemeanor for more than one-half ounce.

Driving Under the Influence:

CT has a per se "drugged driving" law enacted that acts similar to those for alcohol. In their strictest form, these laws forbid drivers from operating a motor vehicle if they have a detectable level of an illicit drug in their bodily fluids above a specific threshold.

Connecticut has medical marijuana laws. Click here to view the text of the medical use law. (PDF)