The story of high-volume casino gaming along with on-property shopping, dining, and entertainment begins in 1986, when the Mashantucket Pequot Tribal Nation opened its original high-stakes bingo hall. Today, Foxwoods comprises six casinos with 7,000 slot machines and 400 tables for 17 types of table games, including 100 for poker. There's a luxurious, high-tech Race Book, as well as the world's largest Bingo Hall. More than 40,000 guests visit Foxwoods each day. 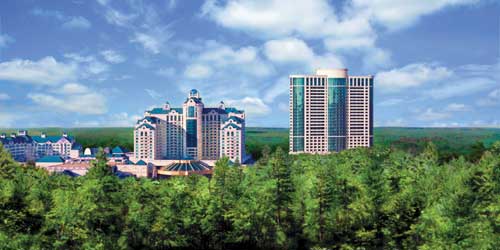 A world at play and a world to its own, Mohegan Sun, opened in 1996 by the Mohegan Tribe of Connecticut and is one of the world's most fascinating destinations with some of New England's finest dining, hotel accommodations, retail shopping, live entertainment and sporting events. 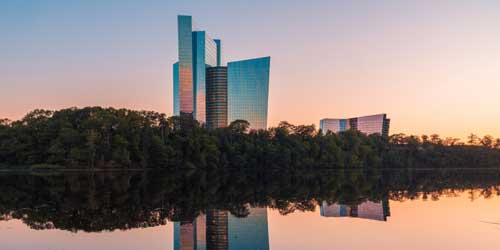 Mohegan Sun is also host to the Kids Quest/Cyber Quest family entertainment facility, a luxurious day spa, convention center and meeting facility, as well as three major entertainment venues with seating from 300 to 10,000. People from across the globe come to see live concerts with top headliners, along with major sporting events. Mohegan Sun includes more than 300,000 square feet of gaming, including smoke-free areas, luxury hotel tower and a world-class spa.